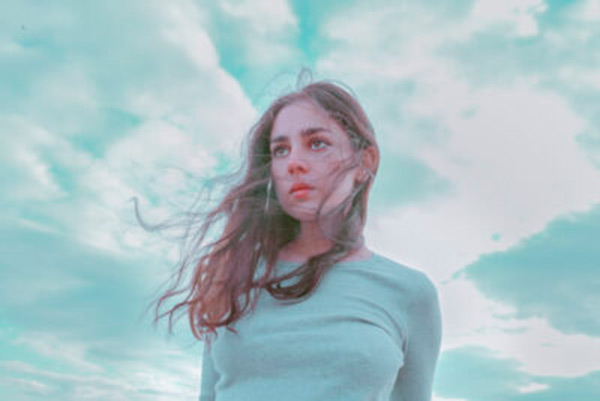 The one you passed notes with about boys in class. The one you found at a party taking down observations in the Notes app. The one you stayed up with past 2 a.m. talking about the mundanity of teenage life and sharing the little clarity you have of your dreams.

But, Samia isn’t a teenager anymore. She’s a 22 year old from Los Angeles with serious songwriting prowess. Her work – to me – evokes the heyday of female indie rockers like Liz Phair and Alanis Morissette, the kind of women who narrate their truth as if you are conversing with them across a coffee table.

Samia waxes poetic without making your head spin. Her lyrics read as a type of script with stage directions and dialogue, likely due to the fact she writes poetry in addition to her lyrics and is also a trained actress. “I was in acting training for a long time and did that professionally for a few years. Those experiences growing up definitely informed my behavior/choices playing music on stage. My live show is super theatrical and I’m sure that’s why!”

Her most recent project – the double single “Paris and “Lasting Friend” – reflect on youthful naivete and putting the past to sleep, even though she’s only three years past her teenage life.

“Paris” tackles a breakup. “[It] is a reflection on the end of a relationship and the ways that I contorted my identity/personality to fit someone else’s idea of me”. The track features melancholic acoustic guitar and Samia’s skilled Joni Mitchell-esque whistle tone, the kind that hangs above your head and rings long after her mouth closes. The video cobbles together personal moments ranging from Samia playing her guitar, to footage of her as a baby, to fireworks. “We used personal footage to try and honor my authentic story/self. Also, I just wanted to take videos of my friends”. Friends: an essential asset of a 22 year old and the sour subject of Samia’s next track.

“Lasting Friend” is more of a sardonic scoff at high school boys’ antics and the mark they leave. Sure, it hurts, but it’s nothing we can’t get over by putting the incriminating photo back in the box and laughing about it with a friend, which is just what Samia did with a close pal. “ ‘Lasting Friend’ was the first video that I contributed to creatively. My friend, Ruby, and I came up with the concept together and were so excited about it.; Hopefully, that comes across in the video. We wanted it to be as funny as it was sincere”.

The video is certainly laugh-worthy, especially if you’ve been a teenage girl, harboring experiences you’d rather forget or experiences you’ve been trained to feel shameful about. Samia stands with a flock of chorus boys in primary color-coded outfits performing a choreographed dance. Sometimes Samia is the leader, sometimes the boys go rogue, as boys tend to do. Certain shots show her pouring blood, sweat, and tears (quite literally – fake blood is not neglected) into smashing her younger self to smithereens.

Samia is searching for something – presumably her old self – when she finds a familiar talking head who won’t shut up about the past. But, like Samia says, her 22 year old self is, “learning how to do things on [her] own”. And she’s not ashamed of her past.

You can see her at the El Rey opening for singer/songwriter Donna Missal on March 29 before she heads out with the Minnesota band Hippo Campus.