Musician, actress, and film scorer Charise Sowells or, Lake Lady, focuses on what she likes rather than what she doesn’t. As a former head of the Deli Magazine’s branch in Austin, TX, Lake Lady believes firmly in supporting art she believes in, rather than tearing down what doesn’t speak to her.

Natalie Durkin (TribeLA Magazine): Give yourself and your work a tagline and tell us why.
Lake Lady: #LakeLadyLikesIt – because I much prefer to focus on what I like than what I don’t. When I ran The Deli Magazine in Austin, TX I would only review music that I had positive things to say about. The last thing an artist needs, or anyone for that matter, is for a stranger to tear them down. I’m all about lifting people up, in the creative world and beyond.

ND: What got you started in music? What is the reason you are here today?
LL: I was singing by myself in the halls of the cathedral I grew up in as my parents said their prayers, when a woman invited me to join the children’s choir.
30 years later, I’m still in music because it’s a passion and a purpose that feeds my soul. Also, I’m constantly overflowing with lyrics and melodies, even in my sleep.

ND: How do you hope to influence your audience?
LL: I hope to make people feel alive, understood, inspired, comforted, and perhaps most importantly, less alone in the world.

ND: What do you do when your creativity is blocked?
LL: I break up the routine, get out of my head, and hang with people I’m close to by connecting to nature, disconnecting from screens, creating in other mediums, and taking in other art in all forms.

ND: What fires you up and gives you energy?
LL: Life itself; the good and the bad. As well as my vision for the future. I took a music business course years back. One of the assignments was to envision the day to day life you want for yourself. Having that clarity has really kept me going through the tough times. Also, I love collaborating with other artists, trying new things, pushing myself, and continuing to learn and grow.

ND: Can you tell us a little known fact?
LL: I grew up riding horses. Once, I was bucked off of a horse who got spooked by the creek we were crossing. My mom jumped off of her horse and swooped me up before I was trampled. We calmed the horse down and I got back on, covered in mud, and grateful to finish the ride back through the woods.

ND: Where is your favorite place in Los Angeles and why?
LL: The Venice Canals. They remind me of Venice, Italy and I wanted to visit Italy for decades.  A few years back, I finally had a chance to go and literally cried when I crossed the Grand Canal for the first time. Talk about inspiration. That city is pure magic.

ND: How do you make music? Briefly chronicle your creative process.
LL: In high school, I recorded mostly vocals and guitar on a Tascam 4-track. I also recorded piano songs on my keyboard itself. But I didn’t know how to put the two together or how to get those songs off my keyboard, so production stopped there. After college, I graduated to Garageband with my first Mac laptop. I started layering instrumentation like I had been layering my vocals and I began tinkering around with beats.

From there, I used ProTools for years and continued expanding my sound. I got into making beats on an old school drum machine and writing a whole new style of song on a Boss looping pedal. People were really intrigued by the sounds I was making and kept asking me if I had Ableton after shows. So, I decided to make the investment in Ableton and haven’t looked back. 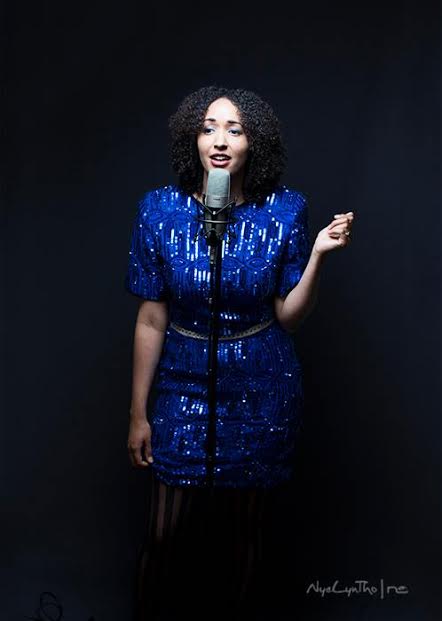 photo by Nye’ Lyn Tho

My songwriting process itself really varies piece by piece. Generally, I have either a melodic riff or a hook with lyrics and I hash it out in my head or on an instrument. Then I usually let it simmer for a while before recording it in Ableton and producing a beat around it.
Occasionally, the beat comes first and I write to that. I have also written toplines over other people’s beats. And people have made beats around toplines I’ve sent them. It really just depends on the song. I also have hundreds of songs I’ve started but never finished. So many songs, so little time.
When I’m scoring a film, that’s a whole other story. It’s all about the visual cues and the emotions of the scenes. I study that and then work with the director to write and record what best suits their project.

ND: What is coming up? 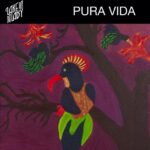 with April Duran. Now, I’m shifting gears and working on a movie musical script I wrote. It has been a long time in the works and I cannot wait to share it with the world.

ND: What is the best advice you’ve received and the best advice you can impart onto us?
LL: My Craft professor at NYU Tisch told me not to stress about the ebb and flow of being a creative. She said, “Sometimes you just need to fill the well,” and that really stuck with me. I think of it all the time to this day, 16 years later.
Writer’s block is a state of mind. If it’s not flowing, you’ve simply run out of inspiration. So go fill up on life and art and nature and then come back to the drawing board. Works like a charm.
For the procrastinators: Don’t opt out of doing something because you’re afraid it will take too long. The time will pass anyway, so get it done.
For the sensitive souls: Respond, don’t react. The sooner you can train yourself to do that, the better for all involved.
For the people pleasing perfectionists: Be #UNABASHT in everything that you do and everything that you are, flaws and all. They’re part of your topography and your journey. They are what set you apart from others. So own them, embrace them, and let go.
That’s my torch. Pass it on. 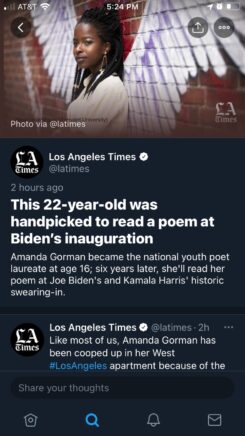