ART TODAY 021718 “My hope is to uplift, educate and to bring joy and serenity to my audience through my paintings.” Synthia SAINT JAMES 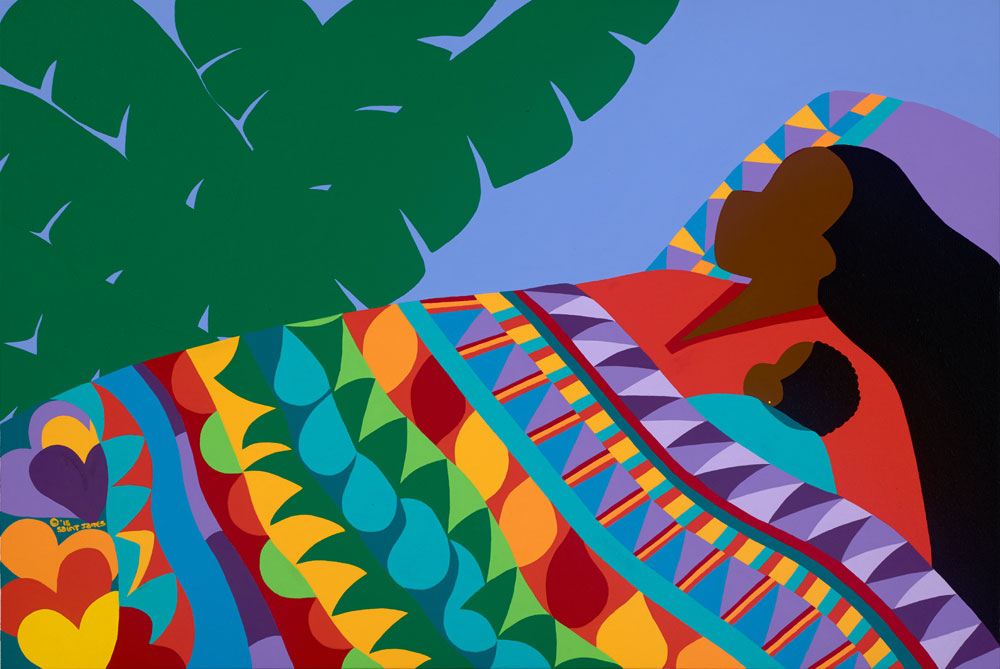 Thank you Synthia for an awe-inspiring Happy Birthday Week to you!!!

Synthia SAINT JAMES is a world renowned multicultural visual artist, an award winning author and/or illustrator of 17 children’s books, several poetry and affirmation books, a cookbook, a play, a monologue, and the autobiographical book titled Living My Dream: An Artistic Approach to Marketing (which was nominated for an NAACP Image Award in 2012).

She is also a popular guest speaker, educator and architectural designer who has garnered numerous awards, including the prestigious Trumpet Award, a Coretta Scott King Award, and an Honorary Doctorate Degree from Saint Augustine’s University. Dr. SAINT JAMES also serves as a Global Ambassador for Susan G. Komen for the Cure’s “Circle of Promise”.

Synthia SAINT JAMES’ USPS stamp designs include the first Kwanzaa Commemorative Stamp in 1997 (a total of 318 million stamps was printed using her first design), and the new 2016 Forever Kwanzaa Stamp celebrating the 50th Anniversary of the Kwanzaa holiday. Her paintings grace the covers of over 75 books, including the cover art for Terry McMillan’s book Waiting to Exhale and Iyanla Vanzant’s Acts of Faith. But few know that her artwork has been internationally featured in several United States Embassies through the Art in Embassies Program since the 1990’s.

Awards created by Synthia SAINT JAMES include the “We See You Award”, the “Mosaic Woman Award”, and “The Lifetime Achievement Award” especially created for His Excellency Nelson Mandela from Africare in 2010.