ART TODAY 11.21.17 The Dutch Caribbean of Curaco + Read what film inspired Synthia SAINT JAMES to make a living as an artist 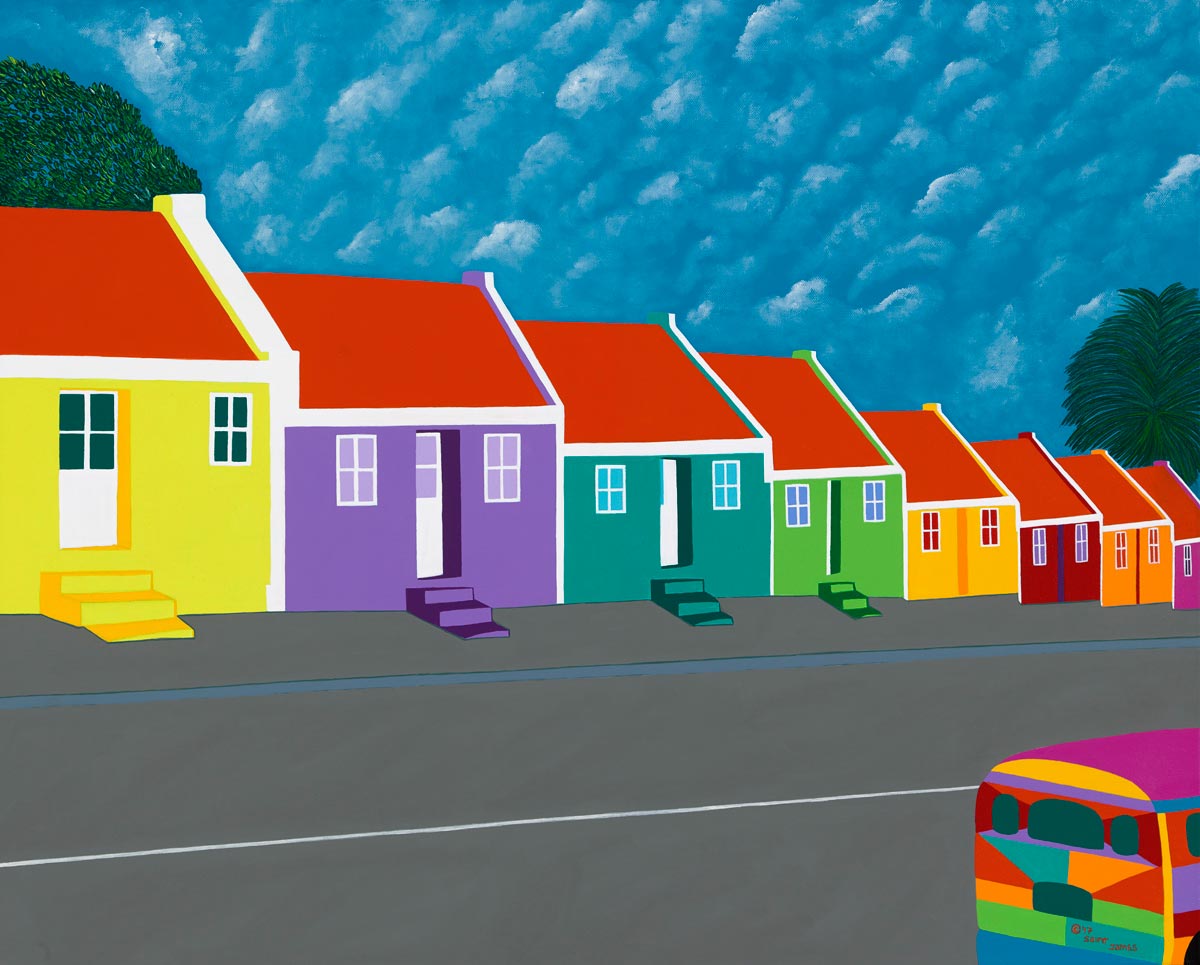 Back: If you could choose a past literary/art/music movement to be a part of, which would it be?
Definitely the French Impressionists. My favorite all-time film is the first Moulin Rouge, starring Jose Ferrer and released in 1952. It inspired my artistic goals on many levels, including making a living as an artist during my lifetime.

Energy: What fires you up?
Dawn to early morning brisk nature walks, in a park or on the beach, where I release any built up tensions while repeating my prayers and affirmations aloud softly.

Los Angeles: Where is your favorite place in Los Angeles?
That’s a hard question because I have many. So I’ll choose the Pacific Coast Highway and the beaches between Marina del Rey and Zuma.

Where would you take visitors?
On a scenic drive beginning in Hollywood, then to Gladstone’s Seafood Restaurant via Sunset Blvd.

If you could defend the city in one sentence to someone who doubts it, what would you say?
The City of Angels, the entertainment capital of the world, filled with beautiful palm trees and magnificent beaches, valleys, deserts and mountains, creatively energetic but laid back.